Skoda continues to tease the Enyaq iV, its first all-electric SUV, as part of the buildup for the model’s debut on September 1.

This time, the automaker has released new design sketches that give us the best look yet at the exterior of the VW ID.4‘s Czech sibling. The first Skoda model based on VW Group’s modular electrification toolkit (MEB) is described by the automaker as being “progressive, expressive and dynamic”.

As the Enyaq iV marks the beginning of a new era for the Czech carmaker, its design will reflect that leap. The electric SUV features emotive lines and balanced, dynamic proportions while also placing an emphasis on practicality – something people always expect from a Skoda.

In a video interview accompanying the new design sketches, Skoda exterior design boss Karl Neuhold discusses the styling highlights of the Enyaq iV, stressing that the proportions differ from those of the brand’s previous SUV models.

“The ENYAQ iV has a shorter front end and an elongated roofline. This creates a very dynamic look and transforms it into a proverbial ‘space shuttle’”, the designer says. He adds that the new highlight of the Enyaq iV’s design is definitely the front end.

“We consciously emphasize the distinctive Skoda grille on our electric vehicles, as this is an instantly recognisable feature of the brand. On the Enyaq iV, it is set further forward and is more upright, which enhances the powerful look. The full-LED matrix headlights and daytime running lights are particularly eye-catching, too,” Neuhold says. 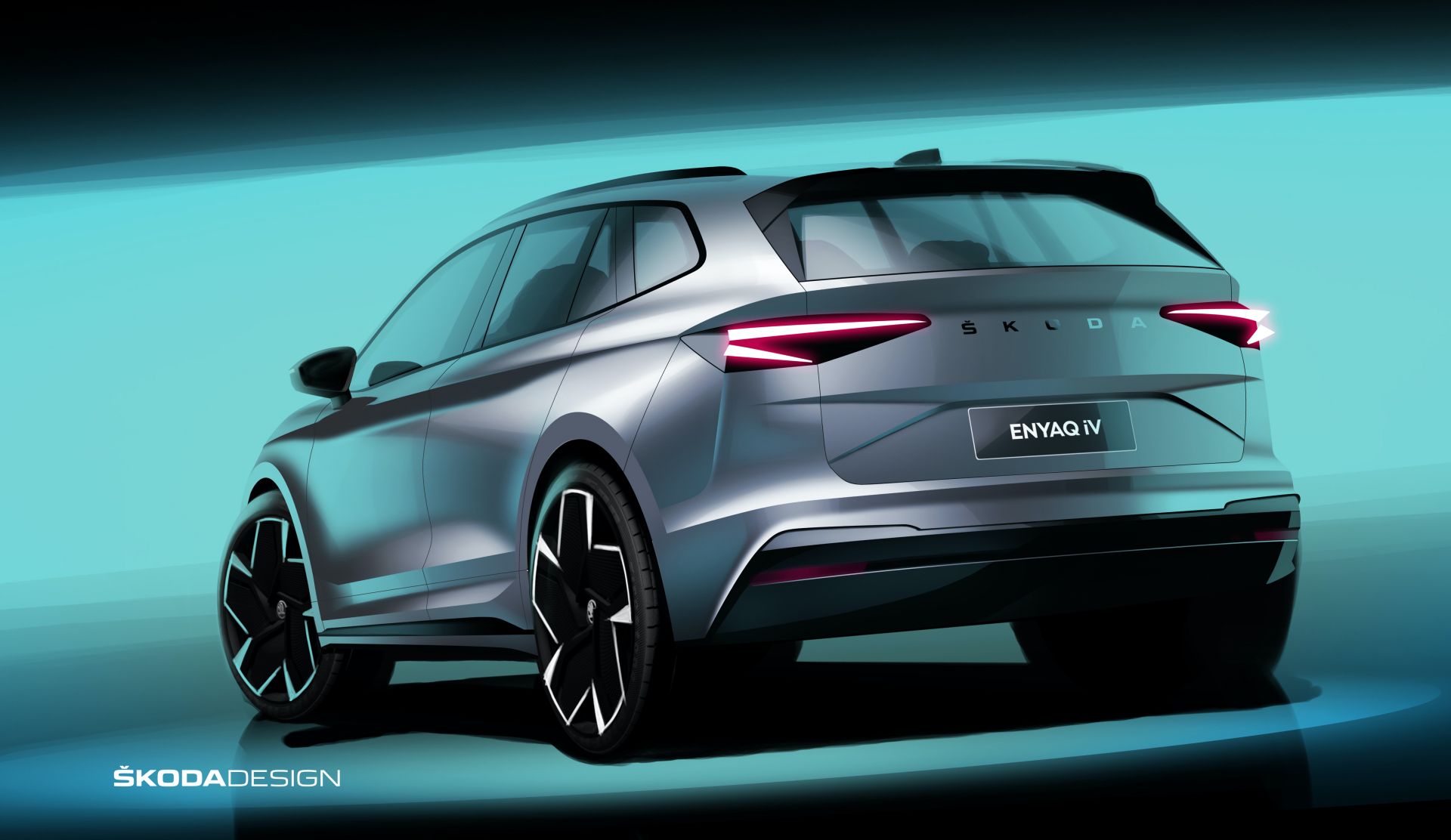 The MEB platform requires a different packaging compared to ICE-powered Skodas. To save space, the batteries are installed in the vehicle floor, which makes the body a little higher. However, the longer wheelbase makes up for this visually.

Additionally, the front and rear overhangs are shorter since the individual components of the electric drive take up less space than a conventional internal combustion engine. Finally, the ENYAQ iV’s body is also more elongated and “extremely aerodynamic”, which obviously has a positive effect on the range. The cD value of 0.27 is impressive for an SUV of this size.

Since design sketches always make a car look more attractive than in reality, we’ve added the latest Enyaq iV spy shots to the gallery so you can get a better idea of what the electric SUV will really look like.