The all-new 2022 Hyundai Tucson has just been unveiled and as recent teaser images suggested, it shares virtually nothing in common with the outgoing model.

Now in its fourth-generation, the Hyundai Tucson is the latest recipient of the automaker’s ever-evolving Sensuous Sportiness design language. With that in mind, the Tucson features a brand new front grille with Parametric Hidden Lights that means when the SUV is switched off, the front of the Hyundai appears to be covered exclusively in dark geometric patterns with no obvious LED daytime running lights.

This edgy design continues down the sides of the SUV where there are sharp, chiseled surfaces and angular wheel arches. Completing the design overhaul is a radical new rear-end that includes split taillights, hidden rear wipers that sit under the spoiler, a smooth glass Hyundai badge, and an aggressive diffuser and bumper package. 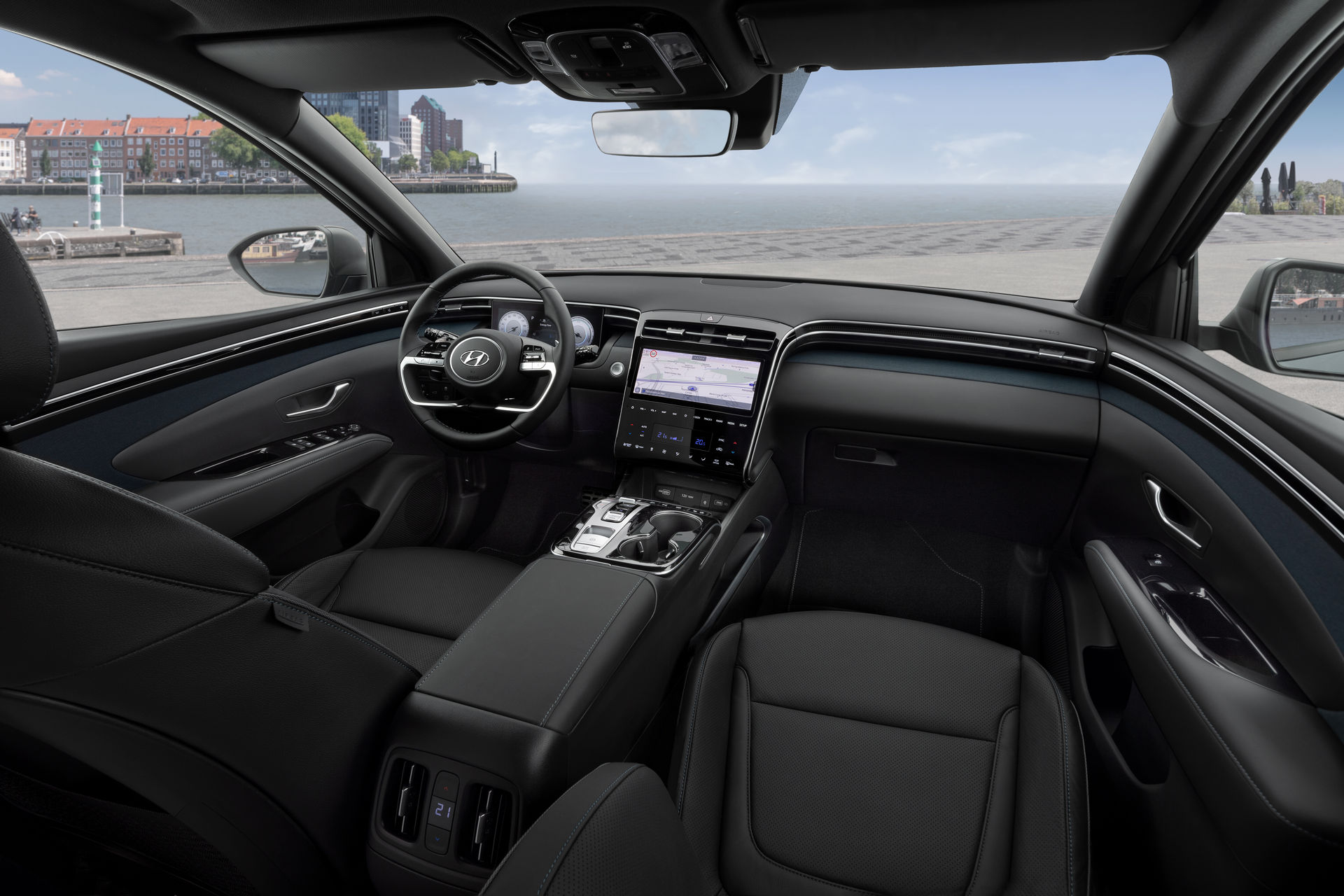 The SUV’s radical design overhaul continues in the cabin where there is a vertically oriented center fascia that descends to the console like a waterfall, according to the car manufacturer. Also found in the cabin is a large 10.25-inch touchscreen infotainment system as well as a digital gauge cluster. Hyundai has also removed traditional knobs and buttons for the air conditioning and heat systems.

Read Also: The Fastest-Selling New Cars In The U.S. Are Almost All SUVs

Elsewhere, Hyundai has designed an ambient mood lighting system that is positioned in the two side pockets of the center fascia, around the wireless charging pad, and through the door map pocket. This system offers 64 configurable colors and 10 levels of brightness. The new Tucson also has second-row seats that can fold flat and provides 38.7 cubic-feet (1,095 liters) of space.

While flagship models use a 10.25-inch touchscreen, more basic models use an 8-inch system but even still, they provide wireless Apple CarPlay and Android Auto compatibility as well as the option to connect two Bluetooth devices at once. The new Tucson also comes with an app that uses NFC to unlock and lock the SUV while also allowing owners to start the engine and its climate control system from up to 90 feet away.

In the United States, the new Hyundai Tucson will be available with a 2.5-liter four-cylinder petrol engine that produces 187 hp and 182 lb-ft (247 Nm) of torque while mated to an eight-speed automatic transmission. Also on offer is a 1.6-liter turbocharged four-cylinder available in hybrid and plug-in hybrid forms with up to 227 hp and 258 lb-ft (350 Nm) of torque.

Hyundai has confirmed that sales of the new Tucson will start in Korea in September as a 2021 model. It will then land in the U.S. and other global markets as a 2022 model starting from the first half of 2021.