Although Mrs. Shanis was born in Brooklyn, she adopted Philadelphia as her own after marrying local attorney and retail executive Joseph Shanis in 1987. Introduced by mutual friends, the couple went on to serve in leadership and philanthropic roles in many cultural organizations.

“The city meant a lot of her,” said her son, Jonathan Price. “She was always into philanthropy.”

Over the years, Mrs. Shanis and her husband became involved with, among other groups, the Philadelphia Orchestra, the Curtis Institute of Music, the Marian Anderson Award, Friends of Rittenhouse Square, the Kimmel Center for the Performing Arts, and the Metropolitan AIDS Neighborhood Nutrition Alliance, or MANNA. In 2002, MANNA gave the couple its first Outstanding Community Leadership Award.

Mrs. Shanis was particularly active as president and chair of the board of the Philadelphia Art Alliance. She helped shift the focus of the group, considered one of the first multidisciplinary art spaces in the United States, from avant-garde artists to contemporary craft and design as it fought to remain relevant over the last 30 years.

More recently, she worked closely with David Yager, the president of University of the Arts, when the alliance was absorbed by the university in 2017.

“She was a very tough negotiator,” Yager said, noting that he and Mrs. Shanis often haggled over details of the acquisition over breakfast. “But I could see the passion that she had for art. She drove the whole [project]. I found a friend in the process, and I don’t normally do that.”

Mrs. Shanis was so adamant that the art alliance survive during some tough financial years before the acquisition by the university that she and her husband personally covered some of the group’s expenses.

“I just couldn’t move over or give up until something like this was done,” she said in 2017.

“She had an amazing commitment to keep [the alliance] alive,” Yager said.

Away from the office, Mrs. Shanis loved to attend and throw parties. She and her husband attended many galas, hosted the Marian Anderson Award dinner for years, and dined with the likes of entertainers Gregory Peck, Oprah Winfrey, Elizabeth Taylor, and Quincy Jones.

Born and raised in Brooklyn, Mrs. Shanis ran an interior design business out of her home in Manhattan and then Long Island, and was involved with design trade organizations. She designed the interiors of her family homes, and carried that artistic inclination with her the rest of her life.

“She was always dressed elegantly, with her jewelry just perfect,” Yager said. “I found her wonderfully charming.”

Services were at West Laurel Cemetery.

Visit The Philadelphia Inquirer at www.inquirer.com

Sun Aug 23 , 2020
In business as in life, there’s good timing and there’s bad timing. Guess which one describes Company C’s move to Storrs Street. “We moved to a new location just as COVID hit, and now we are reopening in what I think has always been the slowest time of year in […] 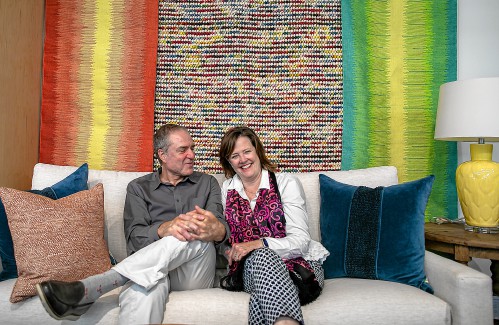