In late July, three sisters huddled together outside a hospital room. They weren’t allowed in the room even as their mother was losing her battle against COVID-19.

The three sisters, Melody, Valerie and Kimberly, stood together and sang to their mother Charlene Hausler: “What a day that will be, when my Jesus Lord I see. When I look upon his face, the one who saved me by his grace.”

Music was a bonding force in the family, Melody Phillips recalled. Hausler, 74, had grown up in a musical family, the daughter of two pastors. But even more than music, the Hausler home was filled with love. Charlene’s boundless adoration of children extended beyond her three daughters. Throughout her life, she cared for hundreds of children at her in-home day care center.

“Since I was a little girl our house was always filled with children,” Phillips remembers, adding that her mom once drove a school bus for disabled children and also cared for special-needs children.

“Whatever she did, it had to do with kids, that was her love,” Phillips said.

One of the children Hausler cared for was Sheri Rizo’s daughter, Zoey. Rizo says Hausler was “the parent” when she and her husband couldn’t be there because of work.

“She was amazing, there is not enough I could say about her,” Rizo said. “She was a phenomenal woman. She showed our daughter the utmost love and attention, as she did all the other kids. She was very reliable and very well respected, and will be every dearly missed.”

Hausler was also known around Lodi as “The Bow Lady.” For years she sold her handmade bows at the Lodi Street Faire. She named her business Buttons and Bows — the themed fabric bows always had a button in the middle.

Hausler loved to make things. The day before she left for the hospital she had amassed 300 tea towels she had recently painted. Her daughter said she made them while Hausler and her husband, Paul, were quarantined at the Arbor Senior Apartments, where they were spending their retirement years together.

Hausler also had a love for dolls that included an extensive collection of her childhood doll “Ginny.”

She was also a woman of faith. It was in a Bible study group where she met her friend Carolyn Silva.

“She was the most wonderful friend there ever could be,” Silva said of Hausler.

Silva said the two friends shared many interests, including Ginny dolls, which they grew up with in the 1950s. Sometimes, Hausler would gift Silva one of her dolls, especially for her birthday.

“She was so giving and loving. And I could depend on her for anything. We just did everything together,” Silva said. “She called me her sister because she never had a sister growing up, she only had a brother. She said I was the sister she never had.”

Hausler was at home on June 18 when she began feeling ill. Her stomach was unsettled, she felt weak and had a fever. An ambulance transported her to a hospital in Modesto, where was diagnosed with COVID-19. But Hausler was sent home the same day as the doctors said her fever had gone down, her daughter said. She was asked to isolate and self-care at home.

When Hausler’s daughters, who had been communicating with her via an iPad, didn’t hear from their mom two days later, they sent a friend over to check on her. The friend went to Hausler’s back porch, calling her name, and discovered she was extremely ill. Hausler was rushed to the emergency room and admitted into Saint Joseph’s Hospital. Her husband, who was also sick, was taken to the hospital where he was tested for COVID-19, but his test came back negative and he was sent home.

Only a couple of days after being sent home, Hausler was back in a hospital and being administered high-flow oxygen therapy. When her condition didn’t improve doctors put Hausler on a BiPAP machine for three days. The machine takes in pressurized air through a mask and helps regulate a patient’s breathing.

Then Phillips received a call and was notified that her mother would be put on a ventilator. Hausler was hooked up to the machine for three weeks and at one point was showing signs of improvement, Phillips said.

“We were like, ‘oh my gosh, this is going to be a miracle, she is going to make it through, she is doing so good,’” Phillips recalls.

However, as Hausler was coming off sedatives doctors were concerned that something was not right, Phillips said. She had been off sedation for four days but was not responding like most patients would. She wasn’t moving at all and was unresponsive. When doctors took Hausler in for a CT scan they discovered that during her time on the ventilator she had suffered two major strokes.

Hausler’s daughters stood by their mother, separated by a door, during her time in the hospital. Hausler’s iPad was in the room with her, and the nurses would play music on it and let the sisters communicate with their mother.

“We believed she could hear us,” Phillips said. “Not being able to hold our mother’s hand or be close to her was extremely hard on all of us.”

Despite the difficult circumstances and the emotional toll of losing a loved during the pandemic, Phillips said she was very happy with the care her mother received at Saint Joseph’s.

“I felt they were doing everything they could for our mother. It was unbelievable the things they did for us,” she said.

She leaves behind a large family, including her husband, three daughters, eight grandchildren and 13 great-grandchildren.

“(She was) just such a wonderful woman and so full of life, so energetic and an outgoing fashionista, a great cook, a wonderful mother, friend and wife,” Lacey De La Cruz said.

The theme and song the family selected for Hausler’s memorial website was “She loved.”

“And that basically summed it up for my mom,” Phillips said. “She just loved. She loved all kids and she loved the people that nobody loved.”

Fri Aug 28 , 2020
Mahindra has taken the wraps off the 2020 Thar and we must admit it’s been well worth the wait as it looks stunning. The design is eye grabbing and we’re pretty sure the new Thar will be capable of making many heads turn. It’s offered in three variants: AX, AX […] 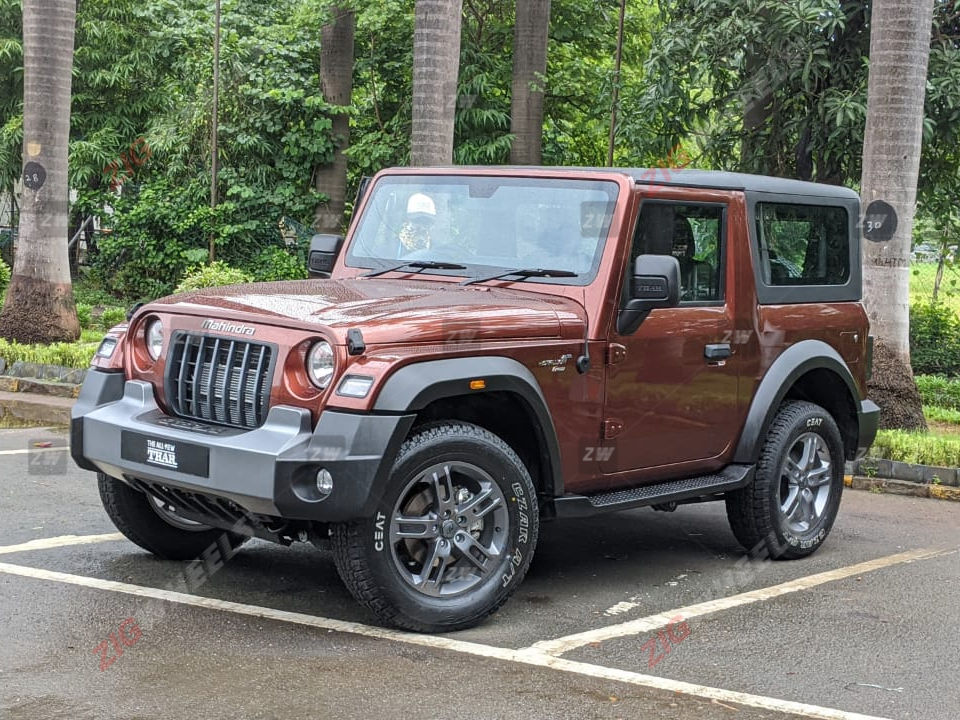