JOHNSON COUNTY, KS (KCTV) — Residents in certain areas of Johnson County are up in arms because of people firing off guns near homes.

On Thursday, KCTV5’s Greg Payne looked into the complications that have made enforcing such situations tough for law enforcement.

“So, here is where the bullet entered through our exterior wall,” said Matthew Keys.

It’s a constant reminder for him of May 31.

“I was working in my garage and I heard glass shatter,” he recalled.

Keys said that, for hours, a group of college students on their own family property nearby were shooting off firearms.

“Went outside and walked around while they were still firing, checked all my windows, and realized that none of the windows were broken,” he said.

It wasn’t until the next day that his son noticed glass shattered in their computer room.

“The bullet actually ricocheted off of the picture frame and landed in my kids’ art supply cart,” Keys said.

That’s the same room where his kids have been doing online learning.

After an investigation by the Johnson County Sheriff’s Office, police were able to find several other bullets in the home from an AR-15 and an AK-47.

Keys said the shots were coming from a quarter of a mile away.

Based on the sheriff’s office laboratory results, for an AK-style rifle shooting at a zero degree angle, the maximum range is more than 3,600 yards. As for AR-style rifle, it’s more than 5,000 yards.

Based on the numbers, both firearms would’ve been able to have the range to hit Stilwell Elementary School. It is about 1.6 miles from where those guns were fired.

“You are accountable for when you shoot that bullet and where that bullet lands,” Keys said.

One of the shooters has come forward and even apologized to the Keys. But as far as accountability, there are still no charges.

“The main law we use is ‘reckless discharge of a firearm’ and even at that you have to be able to prove ownership and intent,” said Johnson County Sheriff Calvin Hayden.

That’s something that the sheriff says is difficult to do, especially when there is no current law within the unincorporated areas in Johnson County against this.

The sheriff said, “Inside the cities, you cannot discharge a firearm because it’s not safe, but in this fringe area you can.”

Keys has been working with the sheriff to find a solution that would both protect the citizens and their rights to bear arms.

“We are considering ourselves the lucky ones here because we did not lose a kid or a family member,” Keys said.

Keys and a number of other residents who’ve experienced this problem plan to speak before the Johnson County Commissioners during their meeting on Sept. 3.

KCTV5.com is now with you on the go! Get the latest news updates and video, StormTrack5 weather forecast, weather radar, special investigative reports, sports headlines and much more from KCTV5 News.

Sun Sep 6 , 2020
SASKATOON — Saskatoon interior designers say they’re seeing an increase in home renovations and improvement projects during the COVID-19 pandemic. “Everybody is busy right now which is definitely a good thing to see because a few months back, it didn’t necessarily seem like this is where we would be at […] 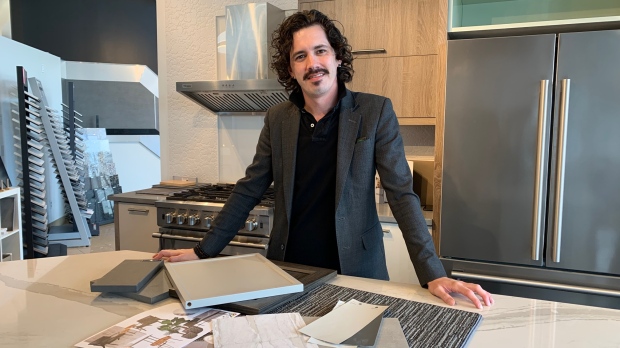