I had the opportunity to interview Trey Trahan, the founder of Trahan Architects in New Orleans and New York. His firm was recently ranked #1 Design Firm in the U.S. by ARCHITECT Magazine, the official publication of the American Institute of Architects (AIA). I was interested in Trahan’s work because of his commitment to altering thoughts about architecture to meet the current crisis’ plaguing this country, as well as around the world.

“It’s beyond buildings, right?” says Trahan. “It’s about arriving at a place where you believe that architecture can create or result in an attitude of kindness… Architecture has a voice in that.” (Architect Magazine). Victor F. “Trey” Trahan, III, FAIA, is an American philanthropist and the founder and design principal of Trahan Architects in New Orleans and New York City. Trey established Trahan Architects at the age of thirty-two, and the firm has since designed a series of domestic and international projects that have received global recognition for work that is historically grounded and aesthetically attractive. Trey is commended for his innovative use of sustainable materials, stemming from his strong personal belief in the value of environmental conservancy. Since the firm was established it has built a portfolio with a wide range of building types and scales, including academic, cultural, athletic, ecclesiastic, residential, commercial, mixed-use, and urban projects throughout the U.S. and overseas. Notable projects include the Coca-Cola Stage at the Alliance Theatre in Atlanta, Georgia, The Mercedes-Benz Superdome Capital Improvements in New Orleans, Louisiana, and unique and important conservation and preservation undertakings at Corcovado National Park in Patagonia, Chile and St. Francisville, Louisiana.

Trahan Architects has won over 100 national, regional, and local awards, as well as several international design competitions, including four National AIA Awards, in less than 25 years. In 2005, Trey received the Architecture Review Emerging Architecture Award in London, and in 2006 he was elected to the AIA College of Fellows. The firm’s work has been published in more than 40 countries. Trey was a visiting critic and distinguished lecturer at the School of Architecture at Carnegie Mellon University, the University of Southern California, and at the MIT School of Architecture and Planning. From 2015-2017, Trahan served as a member of the International Council of the Van Allen Institute in New York, an organization that explores how design can transform cities and landscapes to improve people’s lives. He is currently a board member of The Cultural Landscape Foundation in Washington D.C., a non-profit that educates and engages the public in our shared historical landscapes. Trey resides in New Orleans and St. Francisville, Louisiana and Patagonia, Chile.

What aspects of your design do you believe lead Architect Magazine to select your company for this prestigious award?

Our approach to rootedness, innovation, with an emphasis on ecology.

How did you get so personally invested in the ecology and conservation of a property in Patagonia, Chile (Fundo Tic Toc)?

When the late Doug Tompkins, founder of North Face, purchased over half a million acres of untouched land in southern Chile and set it aside as Corcovado National Park, he operated under the belief that humans have an ethical obligation to share the planet with other species, and that we must reorient our values and activities so that all forms of life can flourish. When it became necessary for Tompkins to consider the future of his generous contribution to Chile’s conservation network, he turned to his friend, Trey Trahan to inherit the stewardship of both the land and his ideals. Fundo Tic Toc is a unique property – a privately held piece of land surrounded entirely by protected forests and marine parks. Furthermore, as the only accessible landing point along the Corcovado coast, Tic Toc is the threshold to the wilderness beyond. While the ultimate stewardship and future use of the property is still in development, the Tic Toc Framework Plan, led by Trahan Architects in collaboration with Reed Hilderbrand, proposes a careful and deliberate strategy for maintenance and occupation with goals, principles and operations founded on a thorough process of ecological investigation and personal discovery. Ultimately, the framework puts forward a strategy that will enhance and preserve Tic Toc as a landscape for contemplating our existence with the wildest parts of our world.

How has your practice evolved since it began in 1992?

We have expanded the realm of influences, what informs the work, that has so much greater breadth to it, it’s much deeper and also our search for authenticating our response to problems. Additionally, we have a diversified and international staff that brings with them their unique perspectives, life experiences and informs our work to the highest degree.

How have the Black Lives Matter and Covid19 crisis’ altered your thinking about architecture? How do you believe it will change the future design of architecture in New Orleans and the country at large?

BLM: “The result of this has been that its strengthened our resolve to address social and racial justice issues. As a firm that was founded in the South, we have intimate insights around race relations in the United States and those insights have impacted our design choices. For example, With Magnolia Mound, the intentionality in choosing translucent channel glass for the exterior walls was to accomplish a softening and abstraction of the visitors there. The material works to blur our differences similar to that of a Monet painting – that in all of our human iterations, we are more alike than we are different. It is very nuanced, but it’s one way we have approached our work with a consciousness of race, especially in the south, and we work to improve our consciousness every day. The Covid virus has strengthened our commitment to designing with recognition of the importance of space, outdoor space, the public realm, and space for community.

How do you see architecture evolving in general in the next several years?

The private domain is going to become more and more important. I think modes of transportation are going to be seriously affected, evaluated and re-thought. I think for places like The French Quarter, here in New Orleans, the potential for reducing and eliminating the car in an attempt to expand the sidewalk condition, the public realm and it as a space for outdoor eating, seating and celebrating will be rethought. I can see restaurants, bars, retail shops even, with outdoor areas that are an extension of the indoor space. Regarding office space, I’m hopeful that it brings a degree where the exterior skin of buildings becomes more operable, so that you can open up the exterior skin for more ventilation, air circulation, natural air and things like that. I refer to it as exploring the degrees of “outsideness” where you are not in an internal space that is totally conditioned or in an outdoor space that is totally exposed but transitional zones that provide layers of shading and cooling and fresh air.

What are the things you are most proud of in your practice?

The commitment, humility, decency and ethics of my colleagues.

Fri Aug 21 , 2020
It’s no secret that the new Toyota Supra is actually half German. In fact, it probably speaks German better than it speaks Japanese, as most of the car is made up of BMW parts. However, despite that fact, the Supra is one of the coolest looking cars on the market […] 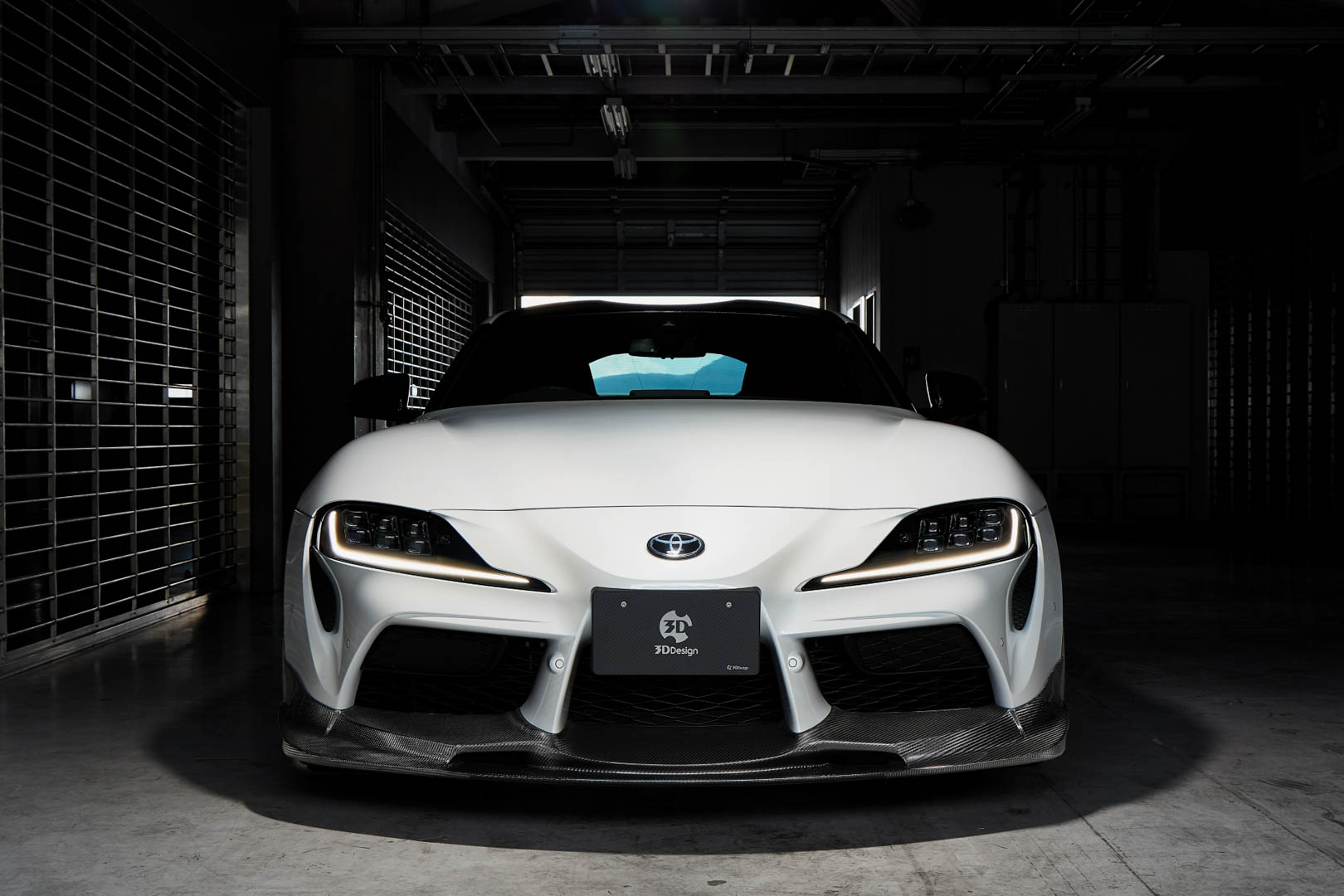