A SWEET NEW YEAR will be presented on Wednesday, September 16th.

Additionally on the horizon for October is Folksbiene! LIVE: “Welcome to Our Suke/Sukkah”, a four-day festival of family-friendly performances during Chol Hamoed (the intermediary days of Sukkos) from October 5th to 8th. The presentations include Kids and Yiddish: The Reunion Special (October 5th); Tatiana Wechsler Concert (October 6th); Budd Mishkin’s interview with the Grammy Award-winning Klezmatics; and, Bisl Borscht: A Tribute to Mickey Katz, starring Ben Liebert (Motl from Folksbiene’s Fiddler on the Roof in Yiddish) (October 8th) with Special Guests.

“Sukkos is the Jewish festival celebrating the shelters in which our ancestors lived following the annual harvest as they journeyed to the temple in Jerusalem. During this holiday it is a mitzvah to extend hospitality to ushpizn (guests) and break bread together inside our shelters,” said Motl Didner, Associate Artistic Director at National Yiddish Theatre Folksbiene. “This year, the virtual world has become our shelter as we are away from home at the Museum of Jewish Heritage – A Living Memorial to the Holocaust. And we invite you to be our guest and share our cultural bounty with a festival within a festival of Yiddish performing arts.”

Launched in March, Folksbiene! LIVE is an online celebration of Yiddish culture, featuring livestreamed theater, American Jewish performers, concerts, lectures, talks, and other events. Programming provides inspirational and entertaining experiences as cultural and arts venues across the country and world remain closed amid the coronavirus pandemic.

All Folksbiene! LIVE programs are presented at 1:00 PM. Stay in the loop and get reminders about new episodes by subscribing to Folksbiene’s newsletter, and catch up on past episodes on demand, at nytf.org/live. Kids and Yiddish: The Reunion Special is a benefit for the National Yiddish Theatre Folksbiene through permission from Theatre Authority, Inc.

Cantor Magda Fishman (B’nai Torah Congregation in Boca Raton, Florida, and star of Folksbiene’s Soul to Soul) ushers in the New Year 5781 with a concert of inspiring favorites in Yiddish, Hebrew and English.

This enlightening and engaging conversation, led by journalist Budd Mishkin, focuses on the life and career of Bronx-born actor, singer and comedy legend Robert Klein. The event is being presented between Rosh Hashanah and Yom Kippur.

a-? Songs of Spirituality and the New Year, on September 17th

a-? Songs from The Golden Land, on September 24th

Kids and Yiddish: The Reunion Special

(Only available for viewing through October 9th at 1:00 PM Eastern Time)

The National Yiddish Theatre Folksbiene presents Kids and Yiddish: The Reunion Special. The beloved family show returns in an online production featuring original Off-Broadway cast members as well as new voices. This can be viewed only through October 9th at 1:00 PM Eastern Time.

Tatiana Wechsler was featured in Folksbiene’s The Golden Bride and starred as Curly in last year’s radically reimagined Oklahoma! at the Oregon Shakespeare Festival.

A concert featuring songs from the legendary Mickey Katz starring Ben Liebert (Motl Kamzoyl from Fiddler on the Roof in Yiddish) with Special Guests.

More Hot Stories For You

Fri Sep 18 , 2020
Fox Business Flash top headlines are here. Check out what’s clicking on FoxBusiness.com. Burgers are making their way to the future. The world is changing and, apparently, so is Burger King. The restaurant chain recently unveiled new designs for its locations that will fulfill “changing guest demand,” according to the […] 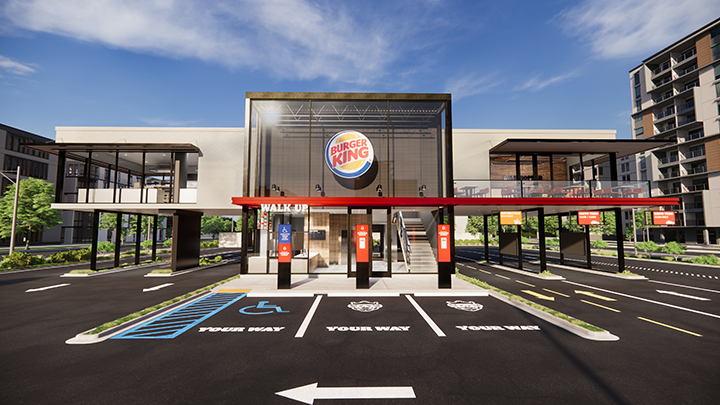