It goes without saying that Austin, Texas, is a synonym for hipster city. It’s also laid-back, funky, creative and seriously musical. And if any hotel aims to embody the spirit of Austin, that would have to be the Bunkhouse Group hotels.

Since its inception in 2006, this acclaimed hotel group has been steadily growing and currently has several properties in and out of Texas. These include Saint Cecilia (the secluded luxury estate in Austin), Austin Motel (perhaps the most stylish motel you’ve seen), and Hotel Havana (the historic property on San Antonio’s River Walk), just to name a few.

As of September, a new hotel has been added to its expanding portfolio: Hotel Magdalena opened this month on Music Lane in the thriving South Congress neighborhood of Austin.

With 89 rooms, it is the largest hotel to date within Bunkhouse Group, and will be the first mass timber hotel constructed in North America. Assembled in pieces, this renewable resource is visible in the hotel room ceiling design and the exterior walkways. The design throughout the property is evocative of Barton Springs — Austin’s most cherished natural-spring outdoor pool — and is complete with a rock quarry and a 900 sq ft pool.

On the gastronomic front, the hotel’s restaurant, Summer House on Music Lane, will open this November. Open from 7 a.m. to 9 p.m. daily, Executive Chef Jeffrey Hundelt will be cooking over a live fire and, in response to the current challenge imposed by the Covid-19, there will be 70 covered outdoor patio seats.

Amar Lalvani, CEO of Standard International and Bunkhouse Group, explained in an interview the challenges of opening a new hotel during a pandemic, the meaning of adding a new hotel to the group, and the hotel’s role in the community.

Bunkhouse Group has several hotels, not only in Texas but California and Mexico. How does Hotel Magdalena differ from them, especially from those in Austin, while keeping the Bunkhouse identity?

“All of the hotels share the elements Bunkhouse cares deeply about: inspired design, connection to the place (the locations and the buildings themselves) and the value of community, culture and music. However, each is a unique expression of those values and vary in their feel, as well as their offerings, programming and price. From the welcome accessibility of the Austin Motel (Austin) and Phoenix Hotel (San Francisco) to the tucked-away privacy of Hotel Saint Cecilia (Austin), Hotel San Cristóbal (Todos Santos, Mexico) and Hotel Havana (San Antonio) and of course the Hotel San José (Austin) where it all started which feels as relevant and progressive now as it did when its renovation was completed 20 years ago.

Hotel Magdalena is the first one in Austin truly developed from the ground up (the three prior were at least some portion historical renovations) and is a hidden world unto itself just off South Congress. It’s also the largest of the hotels and the first with a full-service restaurant in Austin, Summer House on Music Lane, and a dedicated event space. The hotel is a natural evolution as the company has grown its talented team as well as its guest base, which goes hand in hand with the growth of Austin itself.”

Where does the inspiration for the new hotel come from?

“Lake culture was an inspiration because it’s what people in Austin do in the summer to deal with the heat. It’s part of the fabric of the city and a big part of the vibe that people fall in love with. Simple pleasures, hanging out with friends and their dogs on the water, grilling, swimming, listening to or playing music. It’s fun, casual and relaxed, which is what this hotel is. The feel of the hotel draws inspiration from the 70s era which is specifically interesting just because of the richness of the music scene and the lore of that time – a sleepy but fun-loving and rebellious college town that somehow fused an underground free-love social culture with cowboy culture. It was the era that created the Austin people love today.

The site’s history itself provided a wealth of inspiration. It was originally home to the Terrace Motor Hotel, a popular destination that opened in 1951 with 366 rooms and included a convention center. After falling out of favor for lots of reasons, the hotel was actually purchased by Willie Nelson in the late 70s, who renamed the convention center the Austin Opry House. Its first year hosted shows by Muddy Waters, Ike & Tina Turner, Tom Waits, Lou Reed, The Eagles, George Jones, Stevie Ray Vaughan, Doug Sahm, Jerry Jeff Walker and of course Willie himself. Waylon Live was also recorded there.

It’s been a challenging year for the hospitality industry. How do you feel about opening a new hotel under such difficult circumstances? And how is the new hotel prepared to deal with the pandemic?

“It has been an exceptionally challenging time for our industry. As this crisis has demonstrated, without a safety net, some 8 million were laid off in the US alone. It’s heartbreaking. It’s a tough time to open, given new safety and sanitation protocols, social distancing and limited travel and demand, but at the same time it feels really good to be opening something after being forced to shutter our hotels. To hire and bring team members back to work. It’s forced us to get really creative on design, layouts, staffing, operations, training, marketing. Really across the board it’s stretched us creatively to open something amazing under really tough circumstances. We are fortunate we designed the hotel with generous outdoor spaces, wide exterior corridors, and terraces for the guest rooms. We also have the unmatched kindness, creative energy and spirit of the Bunkhouse team who never give up and always find a way to do things in a manner that is generous to the community and our guests no matter how tough the conditions.”

Bunkhouse is known for its community-driven experiences – how will this be integrated into the new hotel in light of the pandemic?

“Bunkhouse hotels have been pillars of this community for 20 years and this hotel will be no different. Through its cultural events, collaborations, charitable initiatives, retail program and live music. The Magdalena has our first full-service restaurant in Austin, Summer House, helmed by Chef Jeffrey Hundelt formerly of Launderette who will be cooking over a live fire. So gatherings will be smaller and more of them outdoors. Our highest priority is keeping our team and guests healthy and safe but the spirit will remain. And we will return robustly when we get to the other side of the pandemic.”

Bunkhouse has seen a lot of growth over the last few years – what does this latest opening signify for the brand?

“Hotel Magdalena represents a natural evolution for Bunkhouse. A maturing of the talented team and a maturing of Austin as a city. It represents, with love, the feeling everybody loves about Austin. What I personally fell in love with in the city 10 years ago. That nostalgia is ever-present. But it’s also a recognition of the city’s growth and the company’s growth. It’s part of life. And we are embracing and shaping the future and all the potential Bunkhouse has.”

Mon Oct 19 , 2020
“Storytelling is probably one of the most underrated elements—yet for me, design is an empty shell without it,” says Australian interior designer Marcos Cain. A self-taught creative, Cain entered the hospitality industry at the tender age of 12, and went on to hone his skills at restaurants, bars, and hotels […] 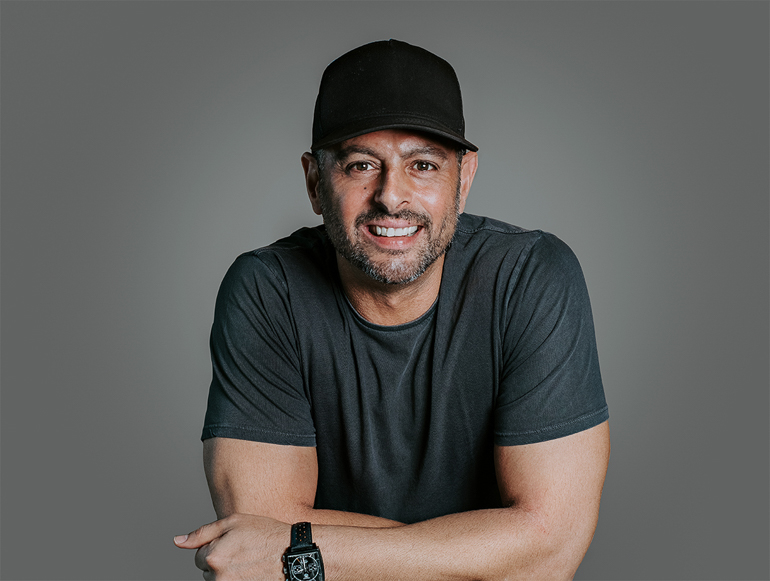