Look inside the locker room of any team in the NHL, and at the heart of the space you’ll find a revered staple of the Room. No, not a Bieber-trampled emblem (although any hockey fan knows the extent to which the logos on the carpet are respected). I’m referring instead to the other cherished staple: the Ping-Pong table.

For years, Ping-Pong tables have had a special place in the NHL. In the 1980s, rumor had it that Wayne Gretzky and his Oilers buddies would do battle just moments before puck drop en route to their Stanley Cup dynasty. In recent times, more controversial Ping-Pong stories hit our feeds, like an incident involving a visiting team getting some flack for using the home team’s table on a practice day … during the playoffs.

Ping-Pong has been an integral part of hockey’s locker-room culture for decades, and having played for almost a third of the teams in the league, I can attest to that. Why Ping-Pong? Most athletes share this intense hunger for competition. Whether it’s video games or poker or golf, if you have the mentality of a pro athlete, you love games. But I think why so many guys gravitate toward Ping-Pong is that it tests some of the same attributes you use in sports, but it’s also completely removed from the scrutiny and pressure of performance-as-profession. (Unless you’re a pro Ping-Pong player, in which case, maybe you unwind with some Quidditch.)

I grew up playing Ping-Pong as my preferred rainy day activity whenever I couldn’t be outside playing hockey or my other favorite sport, tennis. Like tennis, I gravitated toward Ping-Pong because of the rhythmic back and forth of the ball and the way it was propelled with skillful spin and touch, and how those two things combined with a cerebral strategy to bring your opponent to his knees. Yes, competition was a large part of the draw — and with two older brothers, the environment in my house was definitely ripe for some battles.

Aside from my brother Steve, my favorite opponent over the years has been Marty St. Louis. I played with Marty for a balance of four seasons, first with the Tampa Bay Lightning and then with the New York Rangers. Marty and I both shared a passion for Ping-Pong and we would spend hours before and after practices and games duking it out.

For the record, I’m not talking about the kind of Ping-Pong you play at your family reunion with your cousin. I’m talking about stand-back-and-swing-out bash ball, where you’re diving for shots 12 feet from the table to keep the point alive. I’m talking about Ping-Pong that’s actually fun to watch — where teammates gather around the table and scream when a reflex backhand off a smash finds the corner edge. I’m talking trick serves, touch shots, drop shots, and chop blocks. I’m talking heavy-topspin crosscourt forehands and sidespin backhands inside out. I’m talking Ping-Pong where you sweat — a lot. Well, unless you’re Kevin Weekes, in which case your perspiration has nothing to do with your exertion. You’re already leaking when you walk through the door. ?

Marty and I would play set after set because a) It was fun; and b) Marty would want to keep playing until he won one. Yes, trash talk is also a big part of the action, and most of our banter usually revolved around me laughing at his “win-a-point, lose-a-point” body language, and him taking issue with my stalling tactics (if he got on too much of a roll, I’d pretend like I couldn’t find the ball under the table). We also had contrasting styles. He loved to play an aggressive topspin game that was good when his swagger was up, and I preferred to play with backspin, not because that was my game, but mostly because it drove him nuts. He just couldn’t handle it, and his body language would reflect that.

When he retired last year, I went on record as saying Marty was the best teammate I ever played with. And as impressive as his achievements in the game were — Hart Trophy, scoring titles, Stanley Cup — my statement was more a testament to the quality of character that I had come to respect so much in a close friend. To me, it was an inside-out thing. In my life, I’ve come to learn that as much as goals, accolades and awards are important, the true measure of a human being is the quality of character they exhibit every day, and their growth as a person along the way.

This was Marty’s strength. His passion, tenacity, relentlessness and concern for his teammates — all the inside things that the outside couldn’t see. It’s true that inside things often lead to outside results, but it isn’t always that way. Luck and chance are too much a part of sport — and life — for that to be the case.

The idea of creating a charity Ping-Pong event had been on my mind for a while. I loved to play the game, and it seemed like it was a no-brainer that it was the perfect theme for a charity event. For one, it’s social. Unlike golf tournaments where you play with the same foursome for six hours and then sit through a banquet dinner while the sandbaggers and creative scorekeepers collect their commemorative golf towels, Ping-Pong was conducive to a party atmosphere, with much more mingling and interaction between all the guests, and it’s a game that pretty much anyone can participate in and still have fun.

In addition to that, I also thought it was a great chance to really showcase the players’ personalities. Hockey players are often criticized for their drab quotes and mundane interviews, but it can be hard to show any charisma during the season when teams like to protect privacy, (see “lower body injury”) and when you’re loaded up with thirty pounds of equipment plus a helmet and visor.

The event, I thought, would be the perfect way for players to show their personalities, and also bring the inside of the locker room culture out to the public. In this sense, too, the event would be an inside-out thing.

With the help of the NHLPA, we started working on a plan back in 2011. Pretty early on, we developed a tight-knit little team of people that “got it.” The idea was so unique and quirky that when you told it to someone they either understood or they didn’t, and the ones who got it were pumped and fired up to get it off the ground.

It’s never easy when you do something for the first time, and because the event was so different, we really didn’t know what to expect,  or how it would be received. We focused our efforts on one thing: Everyone who came to the event — corporate sponsors, guests, players — should come away saying they had a blast.

If you haven’t been to  Smashfest before, the event is basically a party. With over 25 NHL players and a few surprise celebrity guests, the tourney is held at Steam Whistle Brewery beneath the CN Tower in downtown Toronto. The festivities start with a pro-am doubles tournament with teams captained by NHL stars, followed by a singles bracket to crown a players’ champion. The first half is definitely more of a social scene, and the second half is where it gets intense.

And I really mean intense.

Last year the two finalists, Patrick Eaves and Stephane Veilleux, even got into a heated argument when one of them claimed interference with a camera on an important point. The official had to make a ruling to end the spat, and even though he had to remind them it was a charity event, I was actually proud of the intensity the guys were bringing to the table. For me, it was the culmination of the vision that those of us on the Smashfest team had all along.

More than anything, Smashfest is a collaboration. From the players who come and give their time, to the corporate sponsors that make the event possible, to the guests who donate their hard-earned money to be a part of the action, Smashfest is a manifestation of the power of collective effort for a cause. This cooperative spirit is also an imperative for concussion and rare cancer research, the two causes that the event supports.

Both of these areas are underfunded and often neglected. For rare cancers, for example, the problem is that when there are so few cases and they are scattered in different places around the world, there is little data and knowledge to work with, so the idea of collaboration is not only an idealistic concept, but an absolute must.

From the proceeds of past events, Smashfest has been able to create a project with Princess Margaret hospital in Toronto and the University of California, San Francisco — two of the most elite institutions in their respective countries. The initiative brought the two teams together to study rare liver cancer, with the goal of sharing tissue samples and collaborating on research. In a field fraught with challenges, the project is an example of the kind of research that will bring about real progress.

Tonight marks the fifth anniversary of Smashfest. And while we’re exceptionally proud of what it has become, we hope it will continue to grow going forward. We’ve already been approached by contacts in New York and L.A. to bring the event to those cities, as well as by Canadian cities such as Vancouver and Montreal. We’d also like to continue to grow our celebrity guest list, building on what we’ve done already.

I know my fellow Canadians  @justinbieber and  @drake are both Ping-Pong fanatics, so maybe they’ll reach out.

Don’t worry, Justin, we won’t hold the carpet incident against you. And some guys may have trouble with that lefty spin.

Heck, maybe our new prime minister, Justin Trudeau, would be interested in joining us. He’s already done a charity boxing match, so what else is there for him to lose? But whatever transpires, everyone involved will be winners — the players, the organizers, and the guests — because when you work from the inside out, it’s impossible to lose.

Unless, of course, you’re Marty St. Louis and you’re playing me in your cut-off long johns and bare feet. Then it’s very possible.

Sun Sep 27 , 2020
By now, your bosses and colleagues have probably seen more of your abode than you would’ve ever expected to show them. With many of us working from home these days, meetings held over video conferencing apps the likes of Zoom and Microsoft Teams have become the new normal. Inevitably, this […] 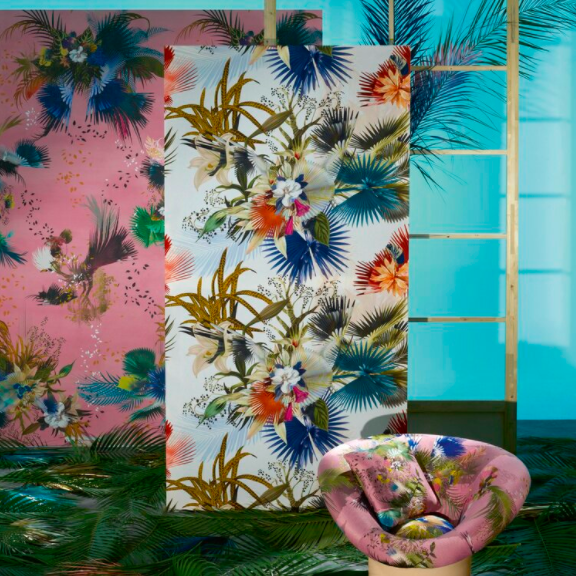