While consumers continue to embrace the crossover utility vehicle with its unibody design, there are still a few hardy, traditional body-on-frame SUVs available, including the venerable Toyota 4Runner.

Now in its fifth generation, the 4Runner dates to 1984, but today’s version is so much more advanced that it’s pretty much the standard-bearer among family-friendly SUVs when it’s in its real element – the off-road environment.

The midsize 4Runner returned for 2020 a new TRD off-road model called the Venture Special Edition, designed with for ridge-runners and sand-crawlers.

The Venture model is somewhat above the mid-point in the 4Runner lineup, and comes only with four-wheel drive and two rows of seats.

It’s near the top of the 4Runner lineup, which begins with the base SR5 rear-wheel-drive model (not intended for off-road use) at $36,120, and tops out with the four-wheel-drive, well-equipped TRD Pro 4X4 version at $49,865.

Among special features of the Venture edition is the cool Yakima Megawarrior roof rack, a large tray 6.5-inches deep, made of heavy-duty steel, adding roof-top storage for tents, camping gear and so forth. It’s nearly square at 52 inches long and 48 inches wide.

The Venture also comes with 17-inch, gunmetal-gray TRD wheels, along with black exterior accents on the outer mirrors, door handles and rear spoiler. There are black Toyota logos at the front and rear, as well as a black 4Runner badge on the tailgate.

Inside are black SofTex heated and powered front seats with TRD logos in the headrests, along with a SofTex vinyl rear bench seat. There are standard all-weather floor mats, a rear cargo mat, and an available sliding rear cargo deck ($350), which was included on our tester. It slides about 18 inches out the rear, and can hold up to 440 pounds. We used it for a picnic table at a park.

There is an updated infotainment system with an eight-inch touch screen, along with Apple CarPlay, Android Auto and Amazon Alexa compatibility.

Standard is Toyota’s part-time four-wheel-drive system, which features a two-speed transfer case for low-range gearing on steep trails. There is an automatic-locking rear differential.

The Crawl feature in low range 4WD regulates engine speed and braking to move the vehicle forward or reverse at one of five driver-selectable low-speed settings. Also included are Active Traction Control and Multi-Terrain Select, which improves traction based on the driver-selectable terrain settings for dirt, sand or rock.

There is a new instrument panel that has a 4.2-inch screen to control safety functions and provide additional information, such as tire pressures, average fuel economy and more.

In the rear, there are two new USB ports to charge mobile devices. Also included on the Venture edition is the Smart Key system with pushbutton start.

The Venture’s heating/air-conditioning system is manually operated, as is the heavy tailgate, which opens to an overhead position.

Created by the Toyota Racing Division – TRD – these special 4Runner models include extras such as 17-inch alloy wheels with Nitto Terra Grappler P265/70R17 all-terrain tires; TRD-tuned front springs, which increase the front height by an inch; and a quarter-inch-thick front aluminum skid plate with “TRD” stamped on it.

Our vehicle came with the Barcelona Red Metallic exterior color.

The 4Runner began as essentially a Toyota compact pickup with a cap over the bed and a back seat. It has since evolved into a great family hauler with four passenger doors, a refined interior and the same off-road capabilities as the Tacoma pickup trucks when equipped with four-wheel drive and other trail-ready features. The first four-door model arrived in 1990.

Under the hood of all models is a 4.0-liter V-6 engine rated at 270 horsepower and 278 foot-pounds of torque, connected to a five-speed automatic transmission. This combination provided plenty of power on or off the highway.

The 4Runner is just as much at home on long Interstate highway runs as it is off road. The ride is smooth and comfortable on the highway, and remains mostly comfy even on all but the rugged park trails.

All 4Runner models have Hill-start Assist Control, which holds the vehicle for a few seconds as the driver moves the foot from the brake to the accelerator. Also included is Downhill Assist Control, to help maintain a constant slow speed and preventing wheel lockup while descending steep hills.

With its sturdy body-on-frame construction, the 4Runner can tow trailers weighing up to 5,000 pounds.

Inside, there is room five people (SR5 and Limited models can add a third-row seat to handle up to seven passengers).

Outside, the 4Runner has a muscular grille, “smoked” projector-beam headlights, LED taillights, a color-keyed grille insert and front bumper, which includes fog lights that extend from the bumper.

Off-road models like ours have color-keyed bumpers and over-fenders, along with a hood scoop. A roof rack is included on all 4Runner trim levels, but not the special rack that came on our Venture edition.

A full-size spare tire is included on all 4Runners. Off-road drivers don’t want to be stuck driving on a temporary spare if a tire gets damaged by running over a rock or other obstacle.

TRD models have soft-touch door trim, a leather-wrapped steering wheel and a leather shift knob. TRD models also come with an overhead console that includes the off-road controls, along with a compass and outside temperature display.

The second row has a pull-down center armrest, and the seatbacks recline up to 16 degrees. The 40/20/40 split-folding seat configuration has a one-touch “walk-in” control to allow easy access to the third row.

Venture and other TRD models come only with the black faux-leather SofTex seats. We had a standard eight-way power driver’s seat. There is four-way power-adjust on the passenger side.

The automotive columns of G. Chambers Williams III have appeared regularly in the Star-Telegram since 1994. Contact him at [email protected] or on Twitter @gchambers3.

Highlights: The fifth generation of Toyota’s truck-based midsize sport utility vehicle offers truck ruggedness and reliability in a package that combines great off-road capability with good on-road ride and handling. New for 2020 is the Venture Edition, a version of the TRD Off-Road model, with some special features.

Mon Oct 12 , 2020
From Country Living The interior design trends which could help to boost the value of your property by thousands has been revealed in a new study — and the much-loved Scandinavian style has taken the winning spot. Mortgage comparison website, Bankrate, entered the biggest interior design styles into Zoopla’s property […] 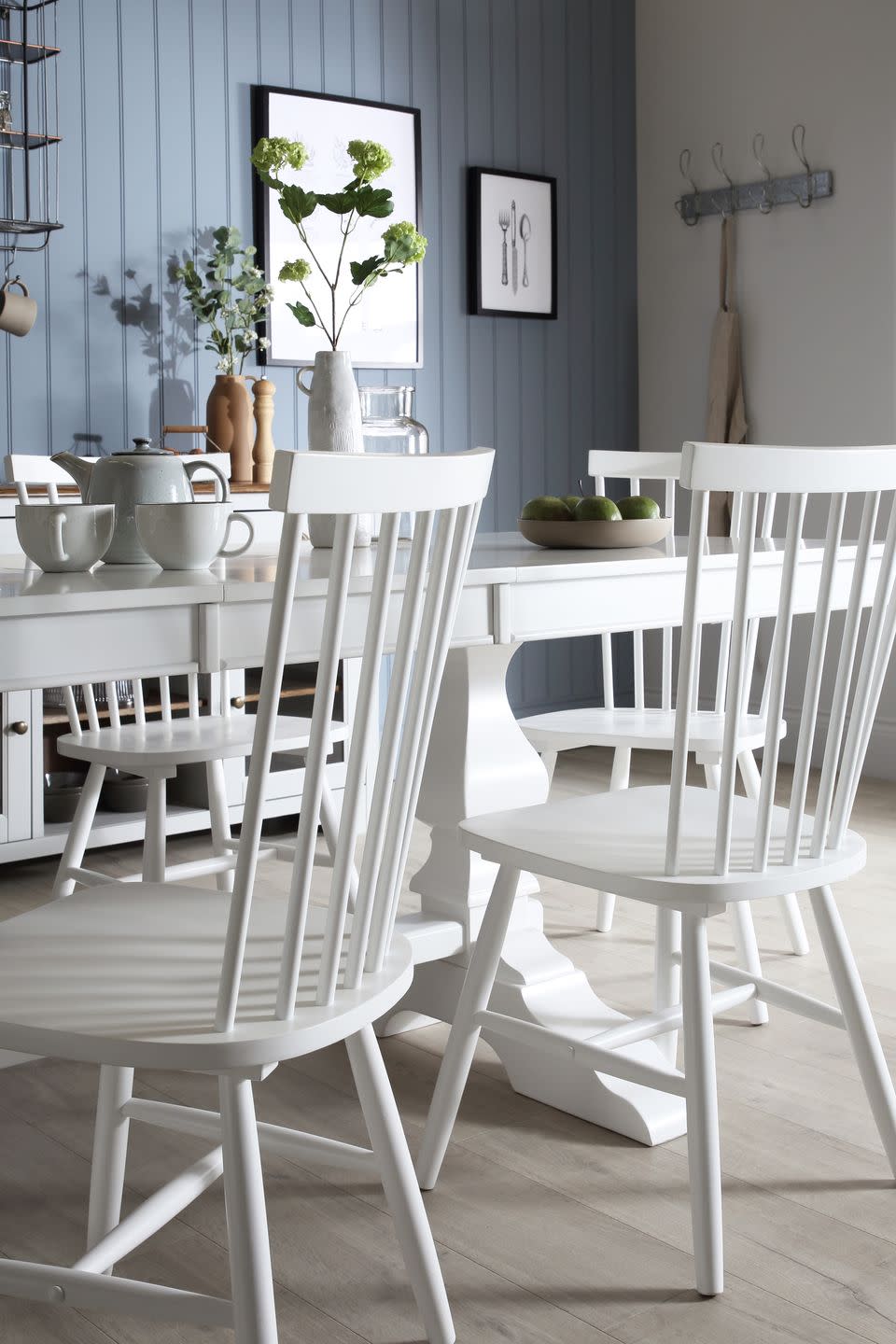